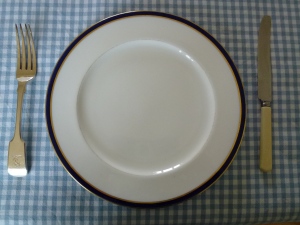 What is life but a search for the perfect porky scratching? Well, I think I may have found them at the Fox & Grapes in deepest Wimbledon. They were agreeably crunchy, and yet easy on the teeth; restrained in fat content, yet possessed of an impeccably porky pedigree. One substantial container was not enough for Philbrick, my daughter, Lois, and myself. But then again, I have been known to get through half a pig’s worth on my own, such is my passion for them. But dear oh dear, if only the rest of the food had been half as good as the porky scratchings.

When a chef of the talent and pedigree of Claude Bosi, garlanded with stars, awards and critical plaudits as he is, opens a gastropub, you kind of expect a proper gastronomic experience. Heaven knows the menu is enticing enough to read. Indeed, my daughter had worked herself into a lather of expectation, having absorbed it online. “Dad, Dad, there’s Herefordshire snail lasagne with mushroom, crispy bacon, garlic and flat parsley sauce. And crispy pork belly with lentils, smoked bacon and horseradish sauce. Or shall I have the chicken Kiev with creamy leeks and parsley sauce? Or…”

In the event, she had the snail lasagne, followed by Cumberland sausage on buttered mash with red onion gravy, and a selection of three English cheeses to finish up with. And declared herself disappointed with the lot, except for the cheese, each piece of which was in perfect condition. In fact, so stringent were her comments that she made AA Gill at his most dyspeptic sound like a mild-mannered vicar. “Tasteless.” “Not seasoned properly.” “Far too rich.” “I just feel really, really full and not really, really happy.” “Blimey,” I thought, “what have I reared here?” I think the acidity of her comments was in direct proportion to her sense of disappointment. She felt badly let down.

But I fear that, for the most part, she was right. The lasagne with snails was a case in point. Pasta OK. Nice snails – chunky and not over-chewy – but they swam unavailingly for their lives in a sauce that was as creamy as it was copious, and the parsley, which I had imagined would add a lively, grassy freshness to the dish, was in reality simply a few bits snipped into the cream-laden sauce. And the mash beneath her oddly textured Cumberland sausage (nice porky chunks mixed with mushy pap, and not seasoned enough) consisted of a small amount of potato holding together a great deal of dairy produce rising up out of a pool of intense red wine reduction.

Now, under normal circumstances, I am a friend of cream, and I welcome butter as an old chum. But you can have too much of even the oldest friends. There was plenty of butter in Philbrick’s chicken Kiev, so it didn’t need leeks that had been creamed. At least there wasn’t cream in Philbrick’s first course of Irish eel, ham hock and apple jelly, but you have to question the point of the dish. It reads well enough on paper, but in order to have enough eel to make an impact on the ham hock and apple jelly – neither of them shy, retiring violets on the flavour front – you would need to include much more eel than the £8 price tag justified.

My first course of a fine wedge of pork pie looked the part, and the supporting players, piccalilli and little gem salad, were admirable in every respect, but the dish as a whole was like Rosencrantz And Guildenstern are dead – Hamlet without the prince. The pastry passed muster, but the meat filling had been over-processed. It lacked raw power. In fact, it lacked anything, because it, too, was  under-seasoned.

Tragedy, tragedy. I wanted so badly to like the Fox & Grapes because I like and admire Claude Bosi. The service, under the keen eye of Claude’s brother, Cedric, was charming and professional. The room has a fine sense of open space, and it was cheerful with happy eaters that Thursday evening. But a pall of disappointment settled on the Fort party, which would have turned into Stygian gloom had it not been for a perfect, exemplary blood orange sorbet, that was everything every other course had not been, clear, ringing and intense in flavour, with the soft firmness of snow in texture.

I have worked out that dinner cost around £30 a head, not including booze. I can’t be exact, because Philbrick had arranged the dinner through the PR company, he being a big sneeze in the restaurant world. It may seem churlish to complain, when everything is free, biting the hand that feeds, etc etc, but I think it best to be honest about these things.

The new team at the Fox & Grapes had hardly been in place for a week at the time of our inspection, and I cannot believe that things won’t get better. Consequently, I’ve marked it 13/20. But I don’t think Lois or Philbrick would have been quite so kindly.