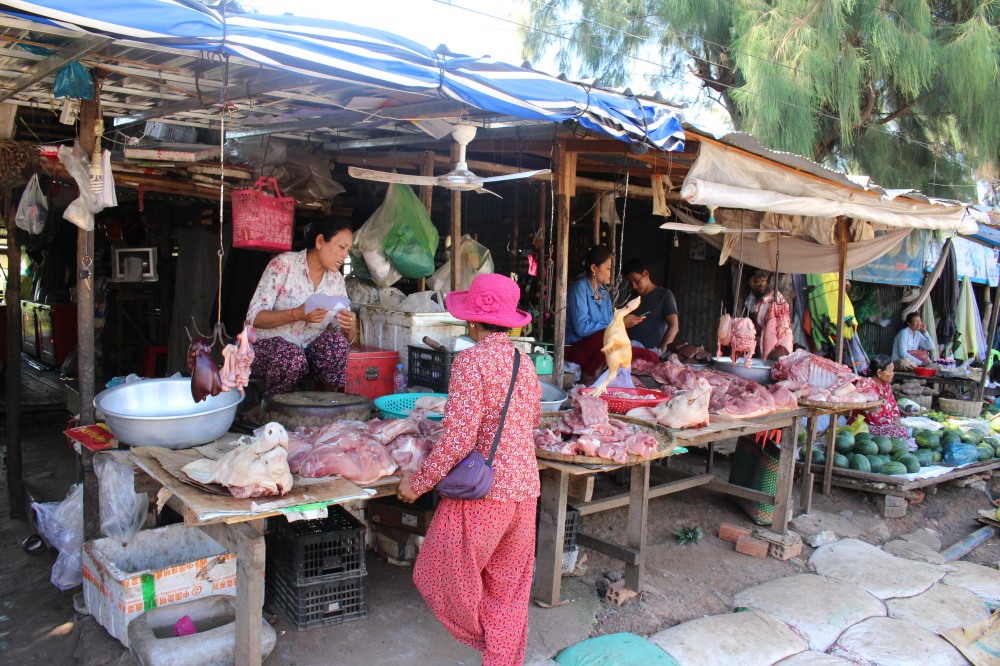 The other day I was listening to a distinguished food writer discoursing on the pleasures of eating his way round – well, never mind where. Another country.  After extolling the variety and virtues of  of the dishes of never-mind-where, he then confessed that he had had a sudden longing for a Lebanese meal or Korean or Thai, just the food of anywhere other than the food of the country he’d been eating. He was actually bored by the food of never-mind-where, and yearned for the diversity he could find where he lived (London).

Choice is treated as being a Good Thing de facto. There’s an implicit judgement that having many different culinary cultures on your doorstep from which to choose is better than in having only one. Now, I’m all in favour of variety, but do we really get the best of that variety by eating foreign dishes away from the countries or regions that produce them? I’m not sure we do.

It’s always concerned me that the Italian dishes – I’m very fond of Italian food –  that I eat in Britain never really match up the Italian dishes I eat in Italy. There are plenty of places lauded for their Italian food, where I have enjoyed the dishes they’ve served, but in truth, they were Italian pasticcio rather than Italian verismo.It had something to do with the quality of ingredients, so dependant on season and place. It has something to do with the inherent, instinctive  skill and understanding with which they were cooked. It had something to do with the nature of the place where I ate them. The British equivalent lacked the precision, flavour and magic

I know the same is true, too,  of Chinese, Thai, Spanish, Mexican, Indian, wherever, because I spent more time than I care to consider listening to various gastro-luminaries batting on about which eatery in London, Manchester, Birmingham, Glasgow, Leeds etc etc serves the most authentic version of whatever food under discussion, and pointing out to each other why the other luminary’s choice is far removed from the real thing,

With the possible exception pasta (and I would argue even here the chef who observes the golden mean of pasta to sauce is a very rare bird),  Italian food in the UK is invariably served as we would serve English food, ie with protein, vegetables and gravy/sauce on the same plate, whereas in Italy, I’d expect the protein on one plate, the vegetables on  separate plates and no gravy/sauce at all. This is understandable, because no Italian restaurant would survive for long serving food as it’s traditionally served in Italy.

The same sly adaption of the original to British tastes can be found in the dishes of every hue in Britain. Take Thai food. The Thais love chilli. We love chilli, too, but not to same degree as the Thais, so Thai restaurants reduce the chilli content of their dishes so we can eat them with pleasure. The Chinese habitually eat parts of animals most British don’t even know exist. French dishes are routinely served garlanded with vegetable, sauces and gravies. I’m always being assured how Mexican food is one of the great experiences of the culinary world, but I have yet to eat a single Mexican dish in the UK that even begins to convince me that this is the case. ‘You have to eat it out there’ I keep being assured. Indeed I do.  We’re never eating the true dishes of one country in the metropolis of another.

`So what?’ you may say. This is tedious nitpicking, a sterile trailing after authenticity,   but I fear this corruption of culinary tradition and easy tolerance of sub-standard versions of foreign dishes in the name of diversity has undesirable consequences.

First, we – travellers, tourists, holiday makers, you, me – take these ersatz  food experiences that we have on our home ground  when we go abroad, and look for them in the places we visit because we feel more comfortable with them than we do with the originals on which they were based.

Waitress: Would you like your tuna steak grilled medium or rare?

Waitress: That’s fine. Anything else? Chips?

Waitress: With ketchup or mayo?

Waitress: Would you like the chips at the same time as the tuna?

Tuna, chips, ketchup and mayo – I shudder. Quite aside from the fact that in Italy tuna is almost invariably cut thin and cooked rapidly at a high heat. The thick cut tuna steak, seared on the outside and raw in the middle, a hideous confection in my opinion, is the invention of non-Italian chefs who put presentation above flavour.

When visitors habituated to the Italian dishes of London, Berlin, Paris, Madrid, wherever, arrive for their two weeks of sea, sun, sand and spaghetti, they want the stuff they find at home, with which they feel comfortable. Increasingly, Italian cooks are giving up the unequal struggle and give holiday makers what they want, irrespective of whether or not it resembles any authentic cooking. And why not? It’s less trouble and more lucrative. They don’t need to work so hard.  It makes for an easier, more profitable life.

But it also debases  the relationship between customer and restaurateur, and leads to ripoffs, double charging and the like, and slowly erodes the original culinary culture on which the dishes are based.

The whole point of  visiting other countries, it seems to me, is to enjoy the food of the people who live there. Visit a shrine, museum or cathedral, and you encounter the local history and culture frozen at a particular point in time. Eat a dish undiluted by global homogenisation, and you encounter a culture that is vivid and active, even if it is challenging.

And that is as true of  the food of our own, fair island. We consistently undervalue our own dishes that have as many delights and show as much regional and seasonal variations as any nation, were we but aware of them. I’m not going into a long and eloquent defence of British cooking here, but is there anywhere in the world that can match Britain for the range, complexity and delight of our puddings?

So enough of pale imitations. Eat the real thing in the real place and be glad.a

3 thoughts on “CHOICE BE DAMNED”